Red Flag Behaviour / Relationship Conclusions
For months I was witness to / and on the receiving end of the most abusive and antisocial relationship behaviour that I have ever experienced in my life. I started living with my ex-girlfriend during the first Covid-lockdown period where her unprovoked abusive behaviour towards me happened on a regular basis.
I observed many of her communication and behaviour patterns as potential red flags early on in the relationship (even before our lockdown), but foolishly ignored most of them. It was only when her threatening behaviour escalated into physical assault and perpetual verbal abuse that I realised the seriousness of the situation. It wasn't an easy decision, but after this realisation (and the fact that her behaviour against me could deteriorate further) I took the necessary action to withdraw from the toxic relationship.
From red flag incidents to serious antisocial behaviour manifestations
I will briefly describe twenty of the most profound red flag incidents that occurred during the course of the relationship. This will be followed by associating the incidents with specific irrational behavioural manifestations / characteristics - as perceived and identified by me during an approximately nine-month period.
Red Flag behaviour / incidents that had the biggest impact on me (and the relationship):
Classic Antisocial Behaviour Characteristics identified from my Red Flag list:
Despite the waving red flags...
There were many other intermittent, but less obvious red flag incidents. The (silent) warnings signs were omnipresent, like tiny flashing needles, slowly weaving disturbing patterns into an unhealthy codependent relationship tapestry - from the first day I met her until literally the cathartic final week. I still wonder many times why I did not leave earlier. There were many days when I knew I had enough, but still decided to stay. I really believed, against my own better judgement, that we could have worked things out. I wanted this particular relationship to be normal for both of us - with mutual love, trust and respect. Unfortunately, I knew from early on that she would not or could not be that special person to spend the rest of my life with.
Distorted sense of self
She did not see anything wrong from her side of the relationship. She kept on lecturing me / reminding me ever so often about all the so-called things I did wrong - to the extend that I asked her if she kept an Excel spreadsheet for scoring / updating my (bad) behaviour and judgements. An important note here is that her lecturing always occurred when I wanted to discuss the state of the relationship. Towards the end she gave me one opportunity for discussing the relationship without interrupting me - and that was the unfortunate moment I realised that 'the lights were on, but no-one's home'.
Antisocial behaviour concern
One of my major concerns was her relentless lack of empathy, gratitude, guilt and remorse during the relationship. The growing awareness of these chronic behaviour deficiencies manifested to such an extend inside me that I started questioning my own sanity to ever 'live up to her standards and / or perfectionism'. It was only settled within me after I took a step back and rationally assessed her overall behavioural disposition on my own / and with the guidance of one of my professional mental health / life coach friends. My friend's honesty stung at first, but it was exactly the objective re-assurance I needed to hear that I am involved in a (codependent) relationship with someone displaying frequent narcissistic and antisocial behaviour tendencies.
'Justification' for abusive behaviour
Towards the end of the relationship I received a text message to let me know that I deserved to be attacked by her - referring to the insident where she hit me over the head. Probably her own callous 'justification' that she did the right thing. I did not respond. A while later I received a second message inviting me to have lunch with her the following day. I responded more than 24 hours later to let her know that due to her first message lunch would never have been an option. This was perhaps the final straw that broke the camel's back. It was the first time that I enforced a boundary for not accepting an invitation and / or meeting with her.
Reflecting on the troublesome relationship
In hindsight it is easy to say I could have handled the relationship / her Jekyll and Hyde behaviour towards me differently. I wish I could, but at the time things were moving so quickly and for what it's worth I had some of the best times of my life. Reflecting on the relationship red flags / other disparities I have identified my own inter-personal relationship challenges with regard to my cognitive dissonance and my relationship codependency shortcomings. Working towards a healthier inter-personal and relationship boundary framework is one of my first behavioural goals for creating a more confident approach towards other / future relationships.
© Vernon Chalmers : Mental Health and Motivation (Relationship Red Flags) 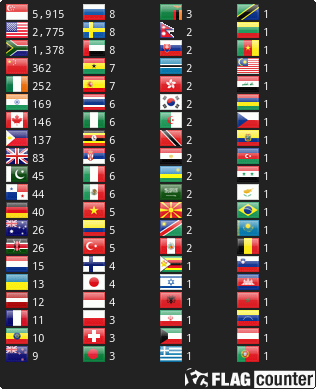