Origin of Personal Responsibility and Decision-Making 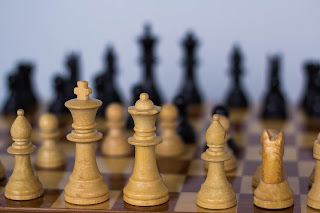 “Personal responsibility takes rejecting the pain and hurt we learned as children and deciding to create a new legacy of success, kindness, and love.”
― Charles F Glassman

My response to a Facebook Statement of Relationship between Choices and Origin (of Responsibility and Decision-Making)
Our past - especially our development as a child, will have an impact on our emotional development / decision-making (or the lack thereof). Someone with a diagnosed personality disorder i.e. Borderline Personality Disorder / or any other (mood) disorder on the Cluster B Personality Disorder spectrum - as per DSM-5™  criteria and diagnosis (Borderline Personality Disorder, Narcissistic Personality Disorder, Histrionic Personality Disorder and Antisocial Personality Disorder will be impacted on choices he / or she will make especially in relation to other people (in close and or family relationships) - due to unresolved childhood trauma / neglect.
Therefore, an underdeveloped sense of self could lead to (severe) impaired emotions and decision-making. People with Cluster B Disorders generally lack emotional intelligence, have an incoherent sense of identity, low level of empathy towards others and could succumb to irrational personal relationship decision-making (due to these identity deficiencies - as a distorted reference to sense of self).
Even people with addictions (as a choice / decision - that could impact decisions in close relationships with other people) could be traced back to childhood psychological, sexual and verbal abuse, trauma and / or neglect. Parents / care givers play a vital role in the emotional development of the child - if there was i.e. love, care, gratitude, respect and peace in the family environment the child (and adult later) should have a more coherent and healthy approach in his / her future relationships (and mindful emotional state / decision-making) - in the absence of love, care, gratitude and peace, the child (and later adult) could be severely impaired with regard to i.e. no empathy towards others, ingratitude, poor decision-making, lack of remorse and diminished sense of self.

It does not mean someone with impaired decision-making should be excused - it means that the 'healthy' individual in relation to them should be mindful that there are indeed real reasons why impaired decision-makers make their 'as is" decisions without a rational conscience, responsibility and or lack of gratitude / remorse. You may find these individuals make decisions out of anger, lack of confidence and identity deficiency (or poor self worth).
© Vernon Chalmers
About and Disclaimer
Emotional Intelligence Resources
Email ThisBlogThis!Share to TwitterShare to FacebookShare to Pinterest
Mental Health and Motivation: Abuse, Anger, BPD, Decision-Making, DSM-5™, Gratitude, NPD, Psychology, Responsibility
Newer Posts Home
Subscribe to: Posts (Atom) 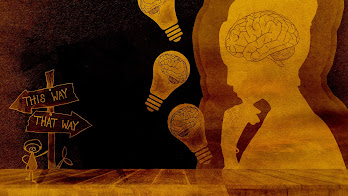